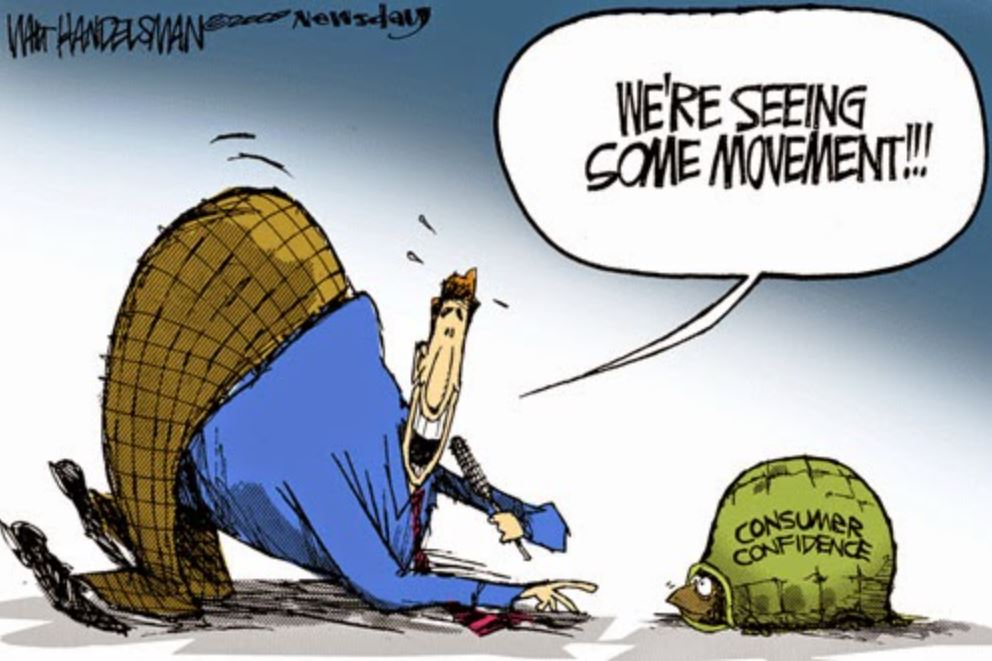 Bulls expect the market to move higher (the horns on a bull point up); bears expect the market to move lower (the claws on a bear point down).  As I often write, the stock market is made up of close to 50% bulls and 50% bears at any given time.  The market moves higher when the percentages skew slightly toward the bulls and it falls when the percentages skew slightly toward the bears.  51% bulls and 49% bears is all it takes to produce a bull market.  Markets always zig-zag in their upward and downward trends because of this constant battle between the percentages of bulls and bears, with the bulls winning most of the time during a bull market.

Sometimes this emotional battle moves to an extreme.  Now is one of those times.  In the chart below, “consumers” just means “people,” the same people that invest in stocks.  “Consumer Sentiment” indicates the percentages of what camp these emotional people have shifted into.  The AAII Pole, from the American Association of Individual Investors, currently shows a similar extreme sentiment.

Investor sentiment usually is not very helpful in determining stock market price moves because it only shifts in minute amounts and not enough to truly move the markets.  It is only when sentiment (rarely) reaches an extreme that it is of any help in determining the future direction of the market.

Today, investor sentiment has shifted into an extreme bearish position, the same extreme that was seen at the END of the prolonged secular bear market of the 1970’s and also the extreme bearishness that was seen at the BOTTOM of the big Financial Bear Market of 2008.  Simply put, today’s sentiment is so bearish that it has priced in much more damage than has actually been done in the past four months.  This may be the catalyst for an eventual stock market (bullish) rebound as these too bearish investors slowly and steadily shift to the other side of the boat.  This change might not be immediate, but it should happen sooner rather than later.

So, sentiment is currently near record bearishness and in my opinion, it will powerfully reverse direction (see far right orange line on the chart below).  Extreme bearishness is extremely BULLISH because it shows that many of the “sellers” have already sold.  It is now a majority of bullish-buyers that remain on the scene and ready to act.  (This chart is courtesy of J.C. Parets, Chief Market Strategist at All Star Charts): 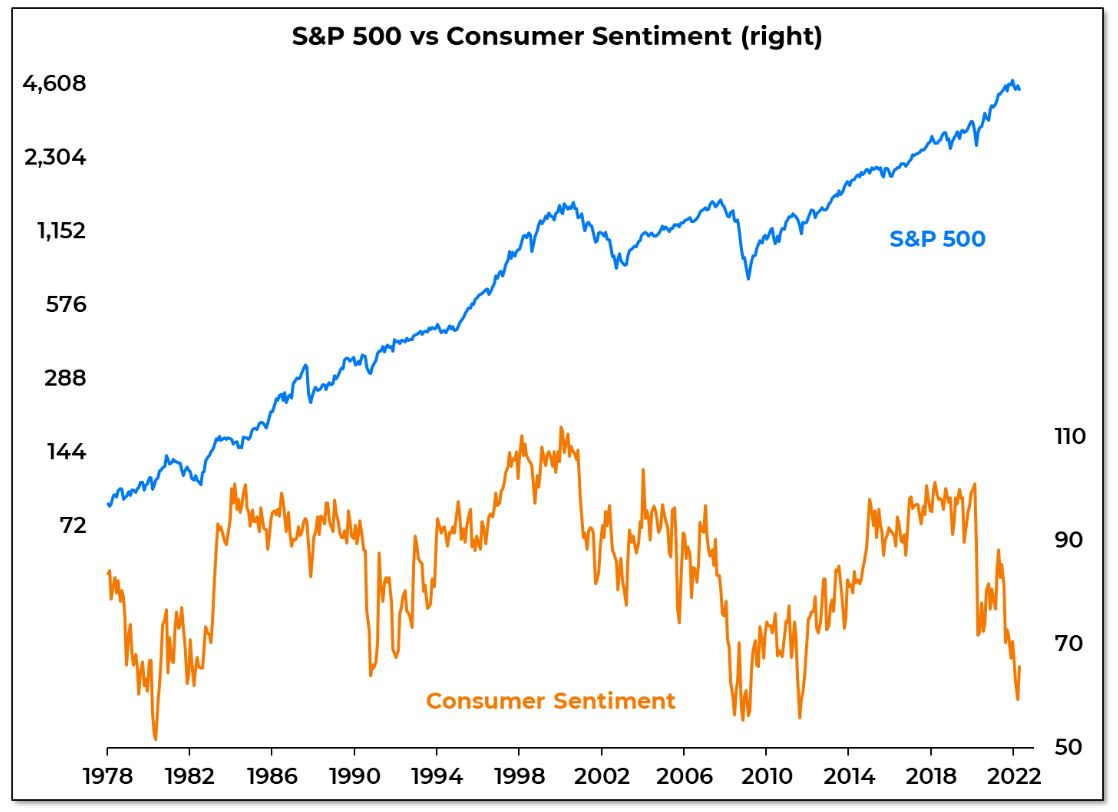 Another very important change that has also happened during the past four months is that the amount of (worrying) “margin” in the markets has been reduced by almost 20%.  Margin is money that investors borrow from their brokerage house in order to put it into the markets, usually directed toward speculation rather than investing.  It is dangerous and it always blows up, so it is good to see the level finally decreasing (and it is good to see the investors themselves cutting back on borrowed margin rather than the brokerage houses forcing their hand).  This is further evidence that the high level of bearish sentiment amongst investors is clearing the path for a higher stock market.  (Chart courtesy of Wolf Street): 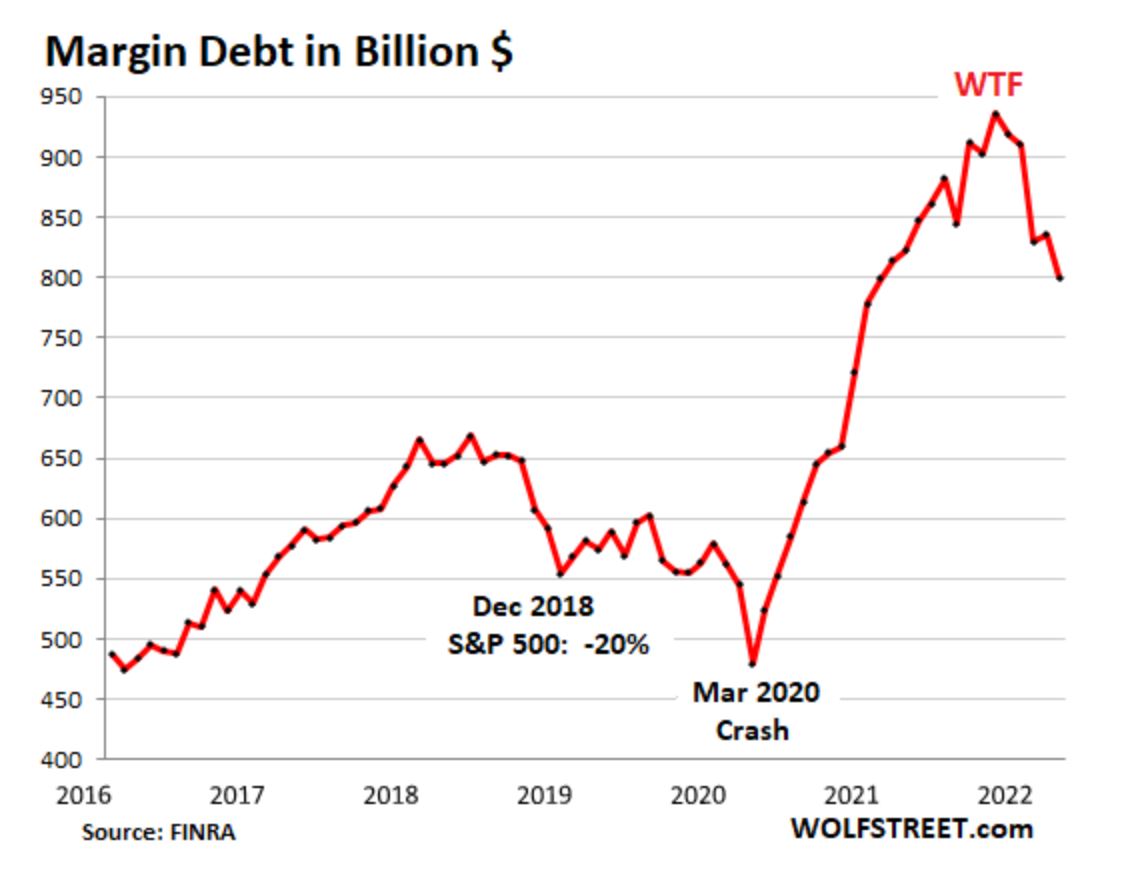 Readers know that I am not a big fan of hedge funds.  Hedge funds are where so many rich and “sophisticated” investors put their money.  This study from Goldman Sachs shows that hedge funds are lagging the S&P-500 by 21% this year and if you were to include their astronomical fee charges, the lag is by even more.  (Chart courtesy of Goldman Sachs’ Global Investment Research): 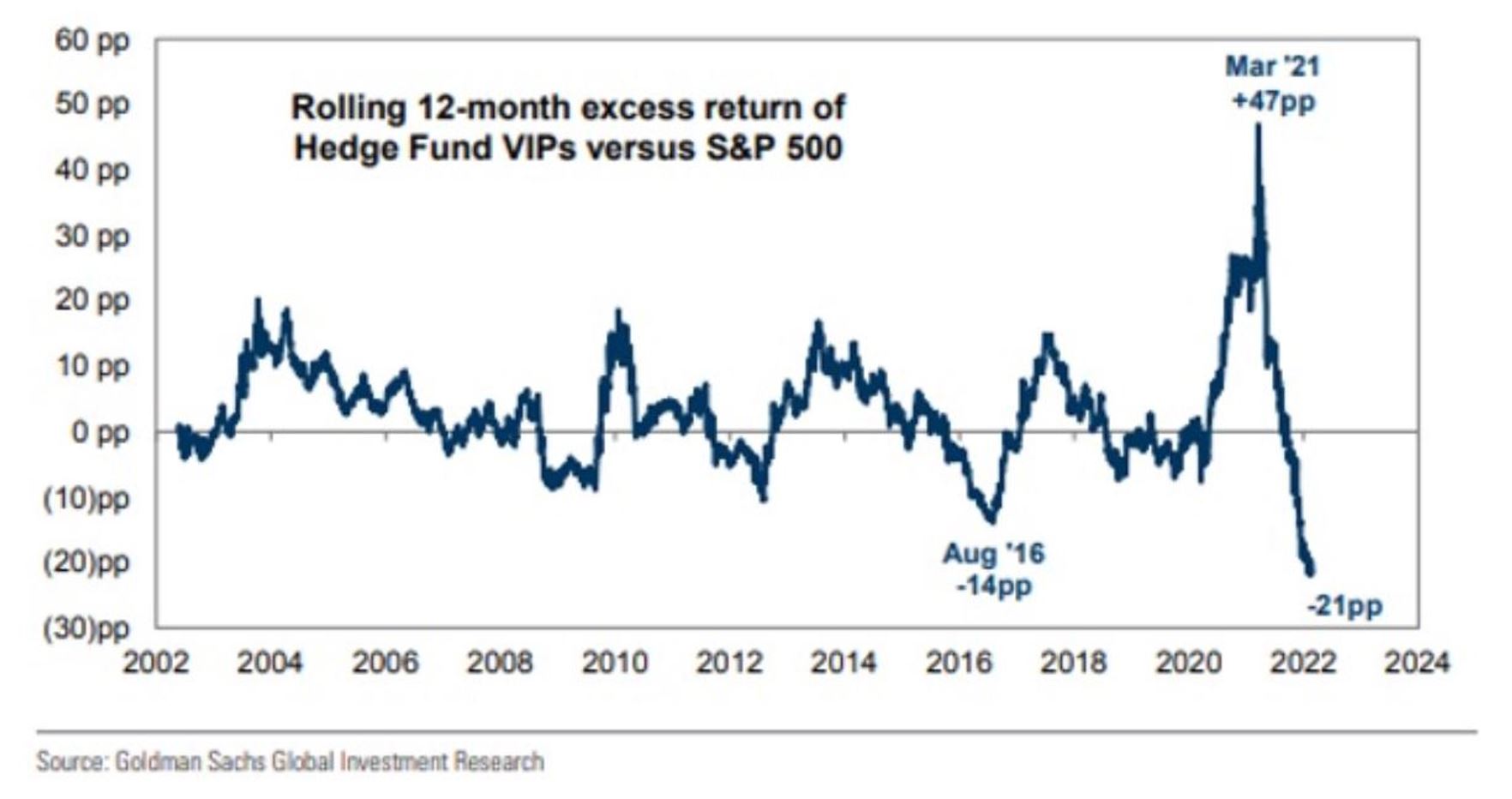 Finally, it is important that investors are now positioned into assets that perform well during the 3rd-stage of the market cycle and this includes TIPS (Treasury Inflation Protected Securities).  They also happen to be standard protection assets during any volatile inflationary periods; if the market were to tank, TIPS would go up.  They are “protection” that also pay tax-free interest.

That’s it.  Thanks for reading!

MarketCycle Wealth Management is in the business of navigating your investment account through rough waters.  It is easy to do and it is always affordable; we strive hard to earn our keep.  There is a CONTACT tab on the website should you want to discuss what MarketCycle can do for you.

The link for our paid member’s REPORT site is on this website. 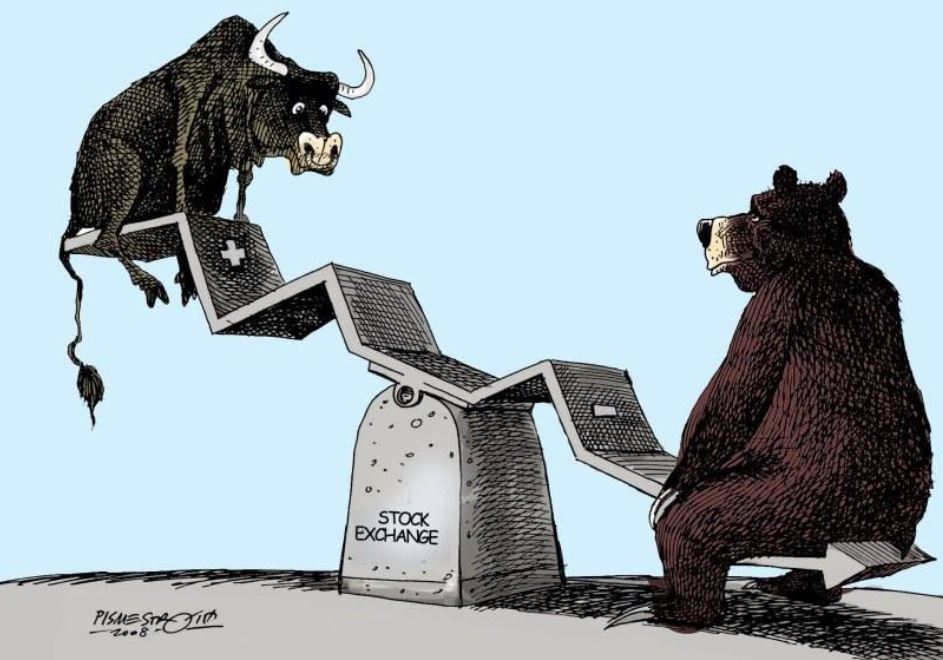